Michael Shannon, president of the Northern New Jersey Community Foundation, received the Community Service Award from The Rotary of Englewood at their virtual gala in recognition of his contributions to the community. The gala’s emcee, Emmy award winning producer Harry Martin, described Shannon as a Renaissance man with many talents and interests.

“Our club reflects the powerful diverse community of northern New Jersey and includes leaders and activists.  It was a privilege to honor Michael Shannon for his contributions to Englewood and the larger community with our Community Service Award,” said Lisa Wisotsky, president, The Rotary Club of Englewood. 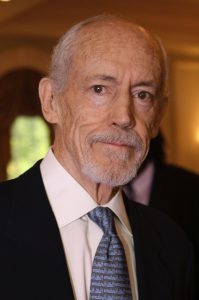 Shannon’s contributions to the community span decades. In 1998, with members of The Rotary Club, he established and also became president of the nonprofit Community Foundation of Englewood. Eventually, the organization expanded its geographical reach and mission.  In 2011, it became the Northern New Jersey Community Foundation. The Foundation improves community life through its work in six fields. These fields include education, public health, and the arts.  In addition, the organization does work in the environment, civic engagement, and philanthropy.  For several years, Shannon also served on he Bergen Performing Arts Center and Flat Rock Brook Nature Center’s board of trustees.

“I very much appreciate The Rotary Club of Englewood’s recognition. Rotary is an extraordinary organization with its four-way test and its watch words ‘Service above self.’ I am very pleased to see Rotary is making a major move to address climate change, an area of major interest to the Northern New Jersey Community Foundation. All of us should be proud to be associated with Rotary. This group is unlike any other I have worked with, ” said Michael Shannon, president, Northern NJ Community Foundation.

During his 30-year career as a furniture designer, Shannon was founding president of Northwood Corporation and director of design and marketing at Dunbar Furniture Company.  He also was director of design at Formica Corporation. He earned a B.A. in Architecture from Princeton University and an M.A. in Adult Education from Columbia University-Teachers College.  Later, Shannon also received an M.A. in Anthropology from Columbia University. As a United States Navy intelligence officer, Shannon served in the Fleet Intelligence Center Eastern Atlantic Mediterranean (FICELM) in Morocco.  He also served in Foreign Intelligence of the 12th Naval District in San Francisco.