The Northern New Jersey Community Foundation’s The Jannie Smith Legacy Fund announces the award of its first scholarship for $1,000 to Ramon Tolentino Flowers of Teaneck, New Jersey. The new fund specifically supports an annual scholarship for a student of color graduating from Teaneck High School and impacted by a family member’s battle with cancer. The Northern New Jersey Community Foundation (NNJCF), a not-for-profit 501(c)(3) organization based in Hackensack, New Jersey, concentrates on education, public health, civic engagement, arts, philanthropy, and the environment. 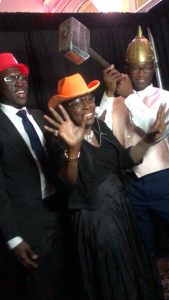 The Jannie Smith Legacy Fund honors the memory of its namesake. Photo: Jannie Smith with her sons Jonah and Sheldon Smith.

The fund honors the memory of its namesake Jannie Smith, who passed away on August 3, 2020. Smith, who lived in Teaneck and grew up in Newark, New Jersey, was passionate about education. For 37 years, she worked with the Newark Public Schools, as a teacher and substance abuse coordinator. Smith, who graduated from West Side High School in Newark, received a bachelor of arts in elementary education and a master of arts in urban education from William Paterson University. She also earned two certifications, as an educational supervisor and a student awareness coordinator. In college, she was a charter and founding member of Alpha Rho Zeta, the first African American Sorority at the university.

“Our mother first became stricken with cancer when we were in our early teens. Mom was a fighter, who was determined to win against this disease, but she wanted us to be fighters, too. Therefore, she pushed us to excel in school and go to college despite her illness, because our mother believed education was one of the best tools to fight the challenges of life. As we reflected on her legacy, we quickly realized that one of the best ways of honoring her memory was to help other students of color, whose families are in this fight against cancer but still trying to pursue their educational dreams,” said her sons Jonah and Sheldon Smith.

Smith’s commitment to education carries on with the fund’s first scholarship award. In the fall, Flowers plans to attend Seton Hall University and study computer science. His goal is to create his own computer program designed specifically for children with disabilities to help others like himself on the autism spectrum and beyond to communicate better with others. 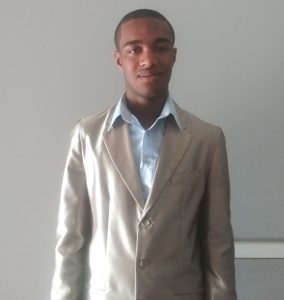 During high school, Flowers received several recognitions. During his sophomore year through 2020, he made the Teaneck High School Silver Honor Roll. From 2020 onward, he made the Golden Honor Roll, achieving a GPA of 3.7 to 4.0. As a graduating senior, he shared the honor of the most unforgettable senior classmate. From Boy Scouts of America, he received the highest achievement for Camper Award 2018. He participated on the Teaneck High School Track team from 2018-2021.  Furthermore, he received several awards, including at the honors banquet in June.

In the community, Flowers also volunteered in various capacities. With Mt. Calvary Baptist Church’s Man Up Program in Englewood, he helped provide food to the elderly.  In addition, he visited shut-ins and patients in the hospital during the holiday season, and assisted church members. This past year, he participated in voter registration events helping people to complete their registration forms.

The public may continue Jannie Smith’s legacy with a donation in her memory. Donations are tax-deductible, as permitted by law, and may be made online. The fund also provides the option to send contributions by check made out to ‘The Northern N.J. Community Foundation’ with ‘The Jannie Smith Legacy Fund’ entered in the memo line.  Send checks to the Northern New Jersey Community Foundation, 1 University Plaza, Suite 128, Hackensack, New Jersey 07601.