The Northern New Jersey Community Foundation’s The Jannie Smith Legacy Fund awarded its 2022 scholarships for $1,000 each to twins Kassidy Frempong and Kaydence Frempong of Teaneck, New Jersey.  The sisters plan to attend Hampton University in the fall.  The fund specifically supports annual scholarships for students of color graduating from Teaneck High School, who have been impacted by a family member’s battle with cancer. 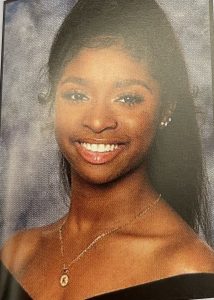 The NNJCF’s Jannie Smith Legacy Fund awarded Kassidy Frempong a 2022 scholarship for students of color with a family member impacted by cancer.

Students Kassidy and Kaydence Frempong excelled academically and in their extracurricular activities.  Throughout high school, Kassidy Frempong undertook a rigorous academic program. She earned a cumulative 4.4 grade point and ranked in the top sixteenth percentile of her class.

This active student also enjoyed sports and service projects. Among her activities, Kassidy participated on the Teaneck High School Track Team, cheerleading and gymnastics.  She also joined several school clubs such as the Black Youth Organization, the Interact Club, and the Self-Care Club. In addition, this active teenager found time to provide community service volunteering in the Extended School Year program with middle school youngsters helping them to catch up academically. With her church, she also participated in a food bank to help feed the homeless.

Kassidy’s sister, Kaydence, also achieved academically garnering a 4.3 cumulative grade point average.  She ranked in the top twentieth percentile in her class in a rigorous academic program taking 15 honors courses and three Advanced Placement classes. During high school, she also joined Studio 2b, the Black Youth Organization, and the Interact Club. Furthermore, with the Self Care Club, she participated in a number of community service projects.  These projects included Alzheimer’s walk-a-thons, writing holiday cards for nursing home elders, and assisting in a summer school program for young children, among others. 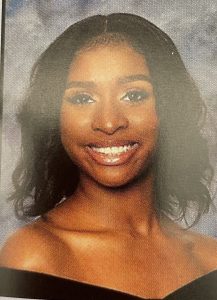 The fund honors the memory of its namesake Jannie Smith, who passed away on August 3, 2020. The award supports students of color impacted by a family member battling cancer. Smith, who lived in Teaneck and grew up in Newark, New Jersey, was passionate about education. For 37 years, she worked with the Newark Public Schools, as a teacher and substance abuse coordinator. Smith, who graduated from West Side High School in Newark, received a bachelor of arts in elementary education. She also continued her studies and received a master of arts in urban education from William Paterson University. In addition, this educator earned two certifications, as an educational supervisor and a student awareness coordinator. In college, she was also a charter and founding member of Alpha Rho Zeta, the first African American Sorority at the university.

“Our mother first became stricken with cancer when we were in our early teens. Mom was a fighter, who was determined to win against this disease, but she wanted us to be fighters, too. Therefore, she pushed us to excel in school and go to college despite her illness, because our mother believed education was one of the best tools to fight the challenges of life. As we reflected on her legacy, we quickly realized that one of the best ways of honoring her memory was to help other students of color, whose families are in this fight against cancer but still trying to pursue their educational dreams,” said her sons Jonah and Sheldon Smith.

The public continues Jannie Smith’s legacy to award scholarships to students of color graduating from Teaneck High School.  Make a donation in her memory online. Contributions may also be sent by check made out to ‘The Northern N.J. Community Foundation’ with ‘The Jannie Smith Legacy Fund’ entered in the memo line.  Send checks to the Northern New Jersey Community Foundation, 1 University Plaza, Suite 128, Hackensack, New Jersey 07601.