“The Northern New Jersey Community Foundation is honored to establish a fund in remembrance of Frank DeLorenzo.  The Fund benefits other graduates in the arts from his alma mater, Leonia High School. Supporting the arts and artists is an integral part of our ArtsBergen initiative.  This regional arts alliance promotes collaborative activities between artists and arts organizations, nonprofits, businesses, developers and municipal leaders in communities where they live and work,” said Michael Shannon, President, Northern New Jersey Community Foundation.

Passionate About The Arts 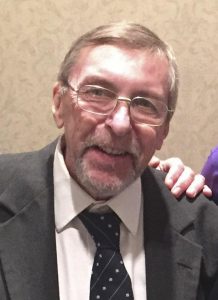 DeLorenzo pursued his interest in the arts and was active in the community. His playful illustrations enlivened the Leonia High School yearbook and The Leonian. While a fifth-grader at the Anna C Scott Elementary School, he wrote a composition that became the school’s official song.  Over 60 years later, students still sing DeLorenzo’s song.  He attended Parsons School of Design and Paterson State College, later renamed William Paterson University of New Jersey. In New Jersey, he participated in the Leonia Players’ Guild, continuing his interest with the community theatre on St. Simons Island, Georgia. During the 1970s, he was Scoutmaster of Troop 61 in Leonia and the leader of a Folk Mass at St. John the Evangelist Parish.

“The Frank DeLorenzo Memorial Scholarship Fund celebrates the life of the most creative member of Leonia High School’s Class of 1964. His wide-ranging artistic talents, coupled with an inimitable, buoyantly mischievous sense of humor, made him an inspiration to all who knew him. It is Frankie’s spirit, his love of life, as well as his aesthetic abilities, we honor with this award. We give this award on an annual basis to the Leonia High School senior who best demonstrates talent and ambition as an artist, musician, or writer,” said Paul Coopersmith, a classmate of DeLorenzo and the Fund’s creator and advisor.

The public can also continue Frank DeLorenzo’s legacy with a donation in his memory. Donations are tax-deductible, as permitted by law, and may be made online. Donors also send contributions by check made out to ‘The Northern N.J. Community Foundation’ with ‘The Frank DeLorenzo Memorial Fund’ entered in the memo line.  Send checks to the Northern New Jersey Community Foundation, 1 University Plaza, Suite 128, Hackensack, New Jersey 07601.